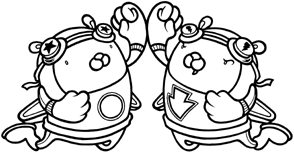 Due to relatively low turnout for these divisions, there may not always be a scorekeeper standing by. In this case, please notify the front desk and we will assign a scorekeeper as quickly as possible.

These two divisions share the same bank of qualifying machines, separate from A, B, and C divisions, but not separate from each other. The same machines are generally used for both qualifying and final rounds in these divisions. Also, final rounds are conducted simultaneously for both divisions, on the same set of machines. Please note that beginning in 2008, the Juniors and Seniors finals will be held Sunday morning at 10am, not Sunday afternoon!

Please read about the other divisions of competition.